I'm excited to share a fun new release from author Gina Danna. If you have ever seen the Spartacus on Showtime and loved it (like me), then you need to check out her new book Love & Vengeance. I've got the inside scoop on it below including an excerpt! Feel free to share some love for Gina and her spicy gladitor love story! (A warning for readers: this book contains really HOT love scenes and a lot of gladiator fighting violence. In other words, it's a darn good book!) *EXCERPT BELOW IS PG-13 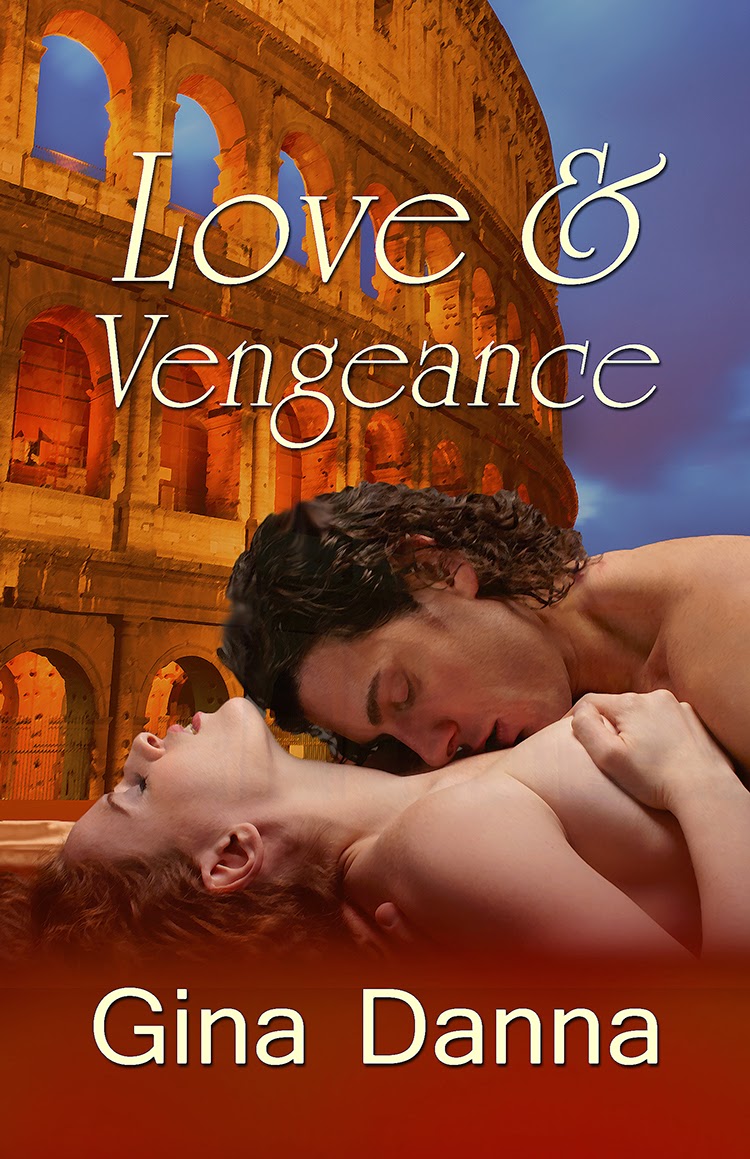 ﻿
Rome 108 A.D., under the Emperor Trajan, is the center of the civilized world. It is a time of sophistication and decadence, a brutal world to their conquered.

Marcus, a Roman citizen sentenced to die as a gladiator, accused by his wife and brother for a crime he did not commit. Yet death eludes him and he rises to become champion of the sands. The title he does not want. He seeks revenge but his victories in the Colosseum bestow monetary rewards he can use to save a beautiful slave, Gustina, from certain death by the beasts. She gives him a taste of love in a world full of lies, betrayal and murder.

But his overwhelming desire for vengeance, for blood and the kill, brings a higher price tag – can he satisfy the demon inside him and face the truth? A truth that will kill the woman he loves?
Excerpt:
Gustina stood in the exhedra, a large room next to the dining area. Her domina lay on the lounge, eating grapes as she and Farina waited for Cernia to acknowledge them. Gustina’s nose crinkled. The woman enjoyed making her slaves stand in anticipation of her demands. All except that bitch, Verenia. The body slave stood to the right of her domina, holding the bowl of fruit. The slave had a smirk on her face and it unnerved Gustina.
What was this conniving little whore up to?
Cernia stood, straightening her stola, the multi-layered dress that hung from her bare shoulders. The yellow and rust colors were brilliant, making their domina’s black hair gleam in the sunset streaming through the doorway.
“Gustina, Farina,” she began, her nose high in the air to show her importance. Gustina wanted to laugh. The woman owned them. No need to show off airs to the slaves….
“I will have you two and Verenia,”she continued, “go and help with the celebrations in the ludus.”
Gustina frowned. She knew the gladiators had returned and many were victorious. But she spent her nights with Marcus. Her insides twisted. Unless something had changed. A sharp glance at the bitch next to her domina and the sneer in her eyes told Gustina everything.
But their domina failed to see Gustina pale as she feared what was ordered.
“We have a couple who have moved up in position and showed their worth,” Cernia stated. “As reward, instead of the usual slop, we are giving you to them for the night. Farina,” she turned to the girl.
Farina tried to keep her face stoic but she shifted on her feet. Inside, Gustina knew the girl hoped she’d get Iduma.
Cernia paced, wringing her hands. Gustina noticed. Strange how this woman, who controlled them, acted as if she was frightened of them. Troubled by this oddity, Gustina had a very bad feeling about this. The metal collar around her neck suddenly felt heavier.
“Farina,” the woman repeated. “You will go to Ahaz and Gustina, you are to go to Iduma.”
Gustina’s heart fell into her stomach as she heard her friend gasp. She reached for Farina’s hand and clutched it tightly, trying to stop her from trying to protest. Cernia continued walking, paying them no attention.
“And Verenia, to our former champion.”
Gustina gulped. Her domina’s tone went cold on those last two words. Just like her heart did as her eyes darted to that bitch and saw the satisfaction in her eyes. She clenched her hands tight, hard enough even the distraught Farina gave a faint squeal.
Cernia turned, her hard steel grey eyes zeroing in on the two slave girls. “Do I hear a problem here?”
“No, domina,” Gustina quickly asserted, schooling her thoughts and her tongue. It did no good to complain. These Romans could easily submit them to the entire group of gladiators and guards for physical pleasure—or worse.
“No, domina,” Farina said, her voice barely above a whisper.
Cernia’s mouth tightened. “Then go, get to their cells. When they’ve had enough wine, see them well satisfied.”
“Yes, domina,” the three chimed. Gustina noticed Verenia’s voice was the highest pitched, almost happy. Fucking whore.
Cernia waved them away.
Verenia turned to them. “Off to the baths. We must make ourselves ready.”
Gustina bit back a snort. Maybe she could drown the bitch in the oil….
So Readers, after reading that, you definitely want a copy right?
Here's where you can get your own!
Amazon: http://amzn.to/1f1PV0m
Smashwords: http://bit.ly/1jIyEXc
About the Author: 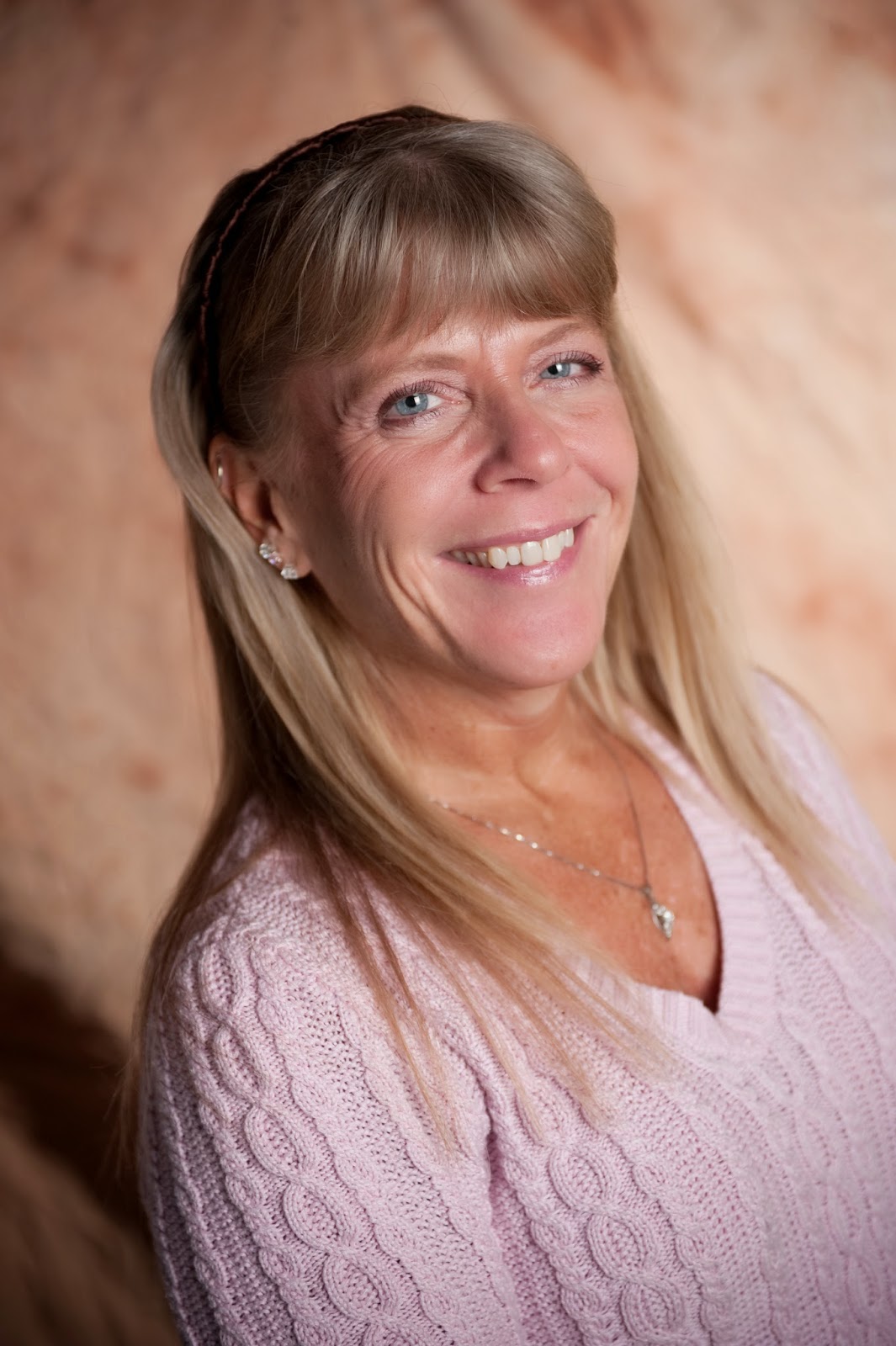 Born in St. Louis, Missouri, Gina Danna has spent the better part of her life reading. History has been her love and she spent numerous hours devouring historical romance stories, dreaming of writing one of her own. Years later, after receiving undergraduate and graduate degrees in History, writing academic research papers and writing for museum programs and events, she finally found the time to write her own stories of historical romantic fiction.
Now, under the supervision of her three dogs and three cats, she writes amid a library of research books, with her only true break away is to spend time with her other life long dream – her Arabian horse – with him, her muse can play.
Want to know about Gina's other books? Check out her publisher website and Gina's website below. (Btw, Gina has a great Regency vampire pirate story. That's right, regency vampire pirate story and it's AWESOME).
http://ginadanna.com
www.turquoisemorningpress.com
Thanks for stopping by and checking out Gina's delicious new historical Roman era romance story!
Posted by Lauren at 1:00 AM