Fantastic news!! The day is finally here. The first book in my modern gothic/paranormal romance series Dark Seductions is officially out! I'm sharing details about it and participating in a character blog hop as well so you'll get to meet Bastian, the Earl of Weymouth our mouthwatering hero from the book!


The Shadows of Stormclyffe Hall 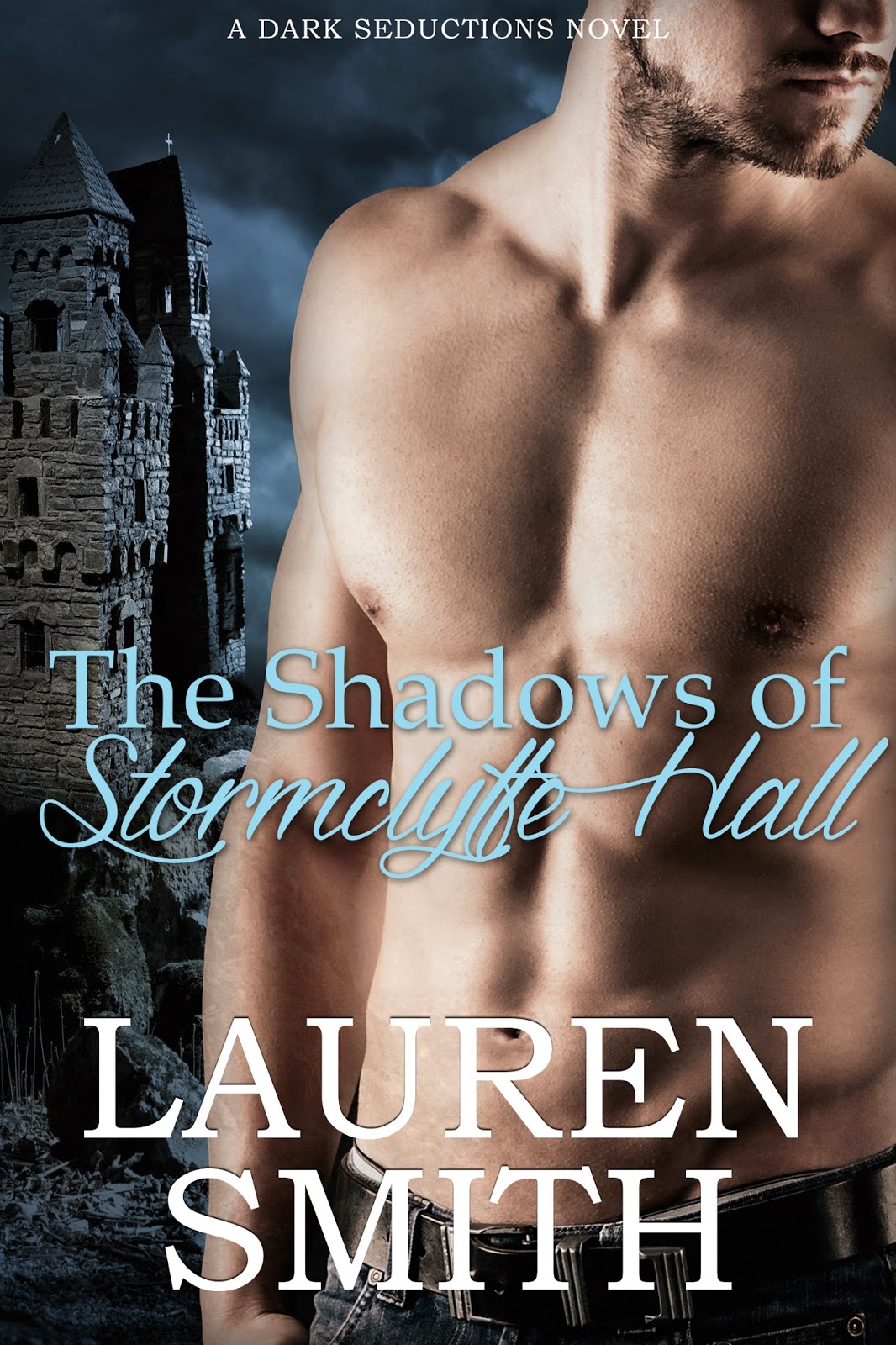 To defeat a dark evil, they must face his family’s past…

Bastian Carlisle, the Earl of Weymouth, doesn’t believe in ghosts. Even though tragedy and mysterious hauntings have driven his family away from his ancestral home, Stormclyffe Hall, he is determined to restore the castle to its former glory. His plans are disrupted when a stubborn American shows up on his doorstep hoping to pry into his family’s tragic history.

Jane Seyton, an American graduate student, is convinced there’s more to the tragedy of Stormclyffe Hall than history claims. Ever the scholar, she is determined to discover the truth, even if it means putting up with the arrogant, yet sexy, Bastian.

Although Bastian wants nothing to do with the pushy American, it soon becomes clear that something evil is in the house—and that something is targeting both Jane and Bastian. The two must join forces to purge the ghosts of Stormclyffe Hall once and for all—even as they try to fight a physical attraction between them that grows more and more impossible to deny.

Character Blog hop:
What is the name of your character? Is s/he fictional/historical?
A- Sebastian "Bastian" the Earl of Weymouth- Fictional
When and where is the story set?
A- The majority of the story is present day in Weymouth, England. There are diary entries and visions through Bastian and the heroine Jane that take place in 1811 in Weymouth, England.
What should we know about your character?
A- Bastian doesn't believe in ghosts, but he believes his family is cursed with two centuries of tragedies and he will do anything to protect those he loves even if it means pushing them away.
What is your character's goal?
A- Bastian wants to restore his family's ancestral home Stormclyffe Hall which has been abandoned for the last sixty years when his grandfather and grandmother had a maid die under mysterious circumstances.
What is screwing up your character's life (main conflict in writerly speak)?
A- Bastian's renovations aren't going according to plan. Strange things keep messing up the plumbing, windows keep cracking, birds keep finding their way into the house and dying...oh and his workmen keep seeing ghosts!
What is the title?
A- The Shadows of Stormclyffe Hall
When can we expect the book to be published or when was it published?

I was tagged by Author Jodi Linton to participate in the Character blog hop. Check out her post here. She write sexy cowboy romance mysteries!
Posted by Lauren at 1:00 AM 1 comment:

And I've got the scoop on the story! 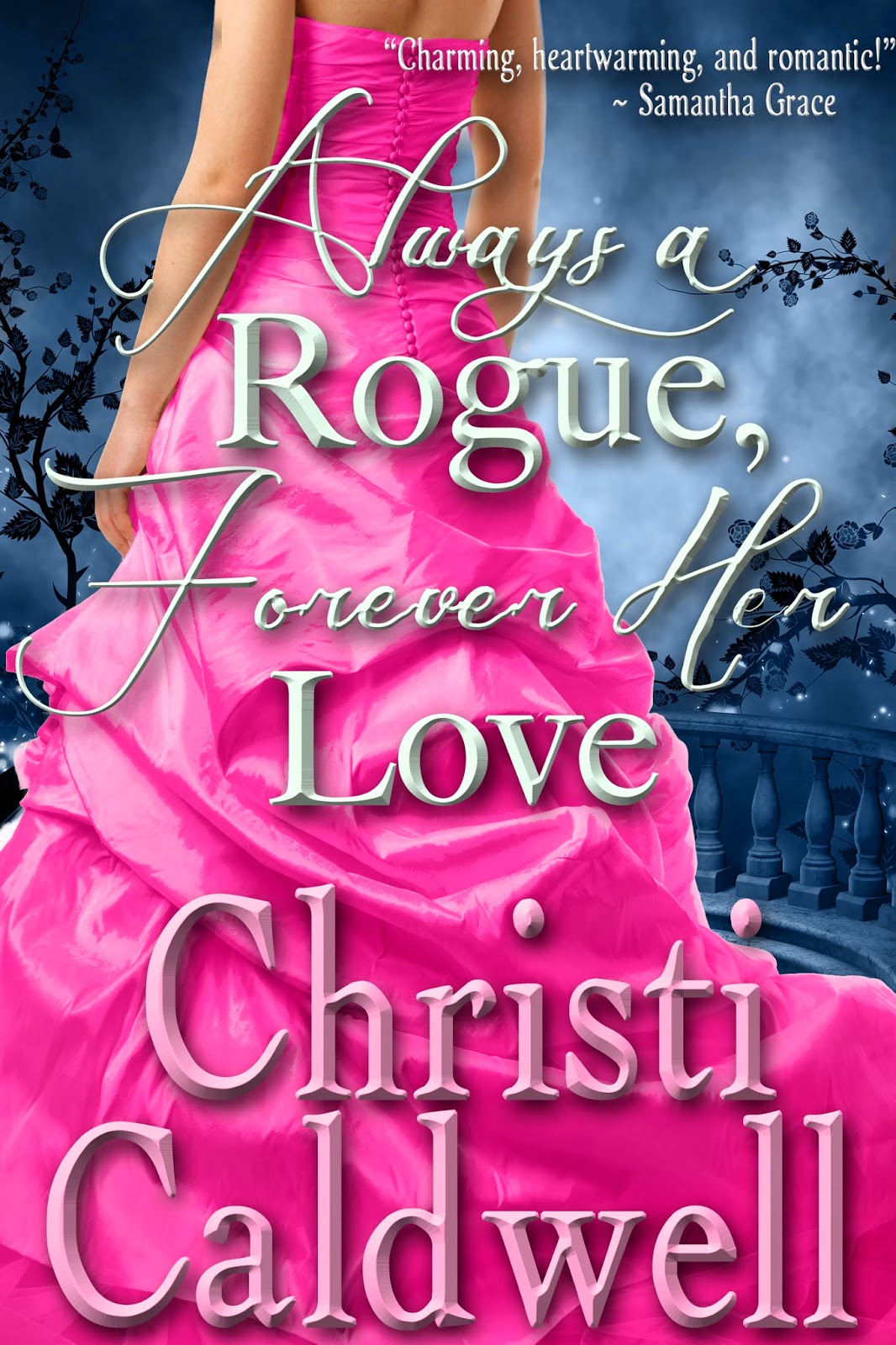 What's it all about?


“Always a Rogue, Forever Her Love”


Miss Juliet Marshville is spitting mad. With one guardian missing, and the other singularly uninterested in her fate, she is at the mercy of her wastrel brother who loses her beloved childhood home to a man known as Sin. Determined to reclaim control of Rosecliff Cottage and her own fate, Juliet arranges a meeting with the notorious rogue and demands the return of her property.


Jonathan Tidemore, 5th Earl of Sinclair, known to the ton as Sin, is exceptionally lucky in life and at the gaming tables. He has just one problem. Well…four, really. His incorrigible sisters have driven off yet another governess. This time, however, his mother demands he find an appropriate replacement.

When Miss Juliet Marshville boldly demands the return of her precious cottage, he takes advantage of his sudden good fortune and puts an offer to her; turn his sisters into proper English ladies, and he’ll return Rosecliff Cottage to Juliet's possession.

Jonathan comes to appreciate Juliet’s spirit, courage, and clever wit, and decides to claim the fiery beauty as his mistress. Juliet, however, will be mistress for no man. Nor could she ever love a man who callously stole her home in a game of cards. As Jonathan begins to see Juliet as more than a spirited beauty to warm his bed, he realizes she could be a lady he could love the rest of his life, if only he can convince the proud Juliet that he's worthy of her hand and heart.


Sounds pretty good right?  How about an excerpt!

Over the years he’d become a rather apt read of character. It had saved him from title-grasping misses attempting to trap him into marriage for no other reason than their desire for the title of countess. The lovely, if defiant Miss Marshville had affected a rather masterful showing of antipathy where he was concerned.


Jonathan leaned ever-closer so a mere breadth of a hand separated them and lowered his head toward hers. “Perhaps I should be more direct, Miss Marshville. I’d not have kissed you, unless you wanted it.”


Her mouth opened and closed like a poor trout just snagged from his well-stocked lakes. The spirited Miss Marshville might condescend to him with her very eyes and the subtle nuances of her speech, but her heightened color told an entirely different story. One that told her body’s awareness of him.


Ahh, you are not as indifferent toward me as you’d have me believe, sweet. He lowered his voice to a near whisper. “And you may be assured, Miss Marshville, you would want it.” He trailed his eyes over her face. “I would kiss the proper from you. I would kiss the frown from your lips. Kiss you until your knees knocked together with weakness and your hands,” he snared one of those hands in his and raised the trembling fingers to his lips. Her mouth quivered, as he kissed the tip of her middle three fingers. “And your hands would not be capable of anything but twining about my neck, with your desire for more.” His gaze fell to the creamy white skin of her neck, to where the pulse throbbed wildly there.


“Y-you are wrong,” she whispered.


Her hand still delicately clasped in his, Jonathan moved the tip of her fingers to that hard, pounding just below her jawbone. “Perhaps I am. But I don’t think so.” He released her suddenly and she sat there at the edge of her seat blinking wildly up at him.


Want to know more about the author?

Christi Caldwell is the bestselling author of historical romance novels set in the Regency era. Christi blames Judith McNaught's "Whitney, My Love," for luring her into the world of historical romance. While sitting in her graduate school apartment at the University of Connecticut, Christi decided to set aside her notes and try her hand at writing romance. She believes the most perfect heroes and heroines have imperfections and rather enjoys tormenting them before crafting a well-deserved happily ever after!


When Christi isn’t writing the stories of flawed heroes and heroines, she can be found in her Southern Connecticut home chasing around her feisty six-year-old son, and caring for twin princesses-in-training!


She loves hearing from readers and can be reached at christicaldwellauthor@gmail.com


Visit www.christicaldwellauthor.com to learn more about what Christi is working on, or join her on Facebook at Christi Caldwell Author, and Twitter @ChristiCaldwell


WHERE TO BUY IT!

One Lucky person who comments on this post will receive a gift copy of the book!! So be sure to leave a comment and share with your friends!!
Posted by Lauren at 1:00 AM 3 comments: