What a year this has been! I can scarcely believe it's already come to an end, yet so much has happened.

The best news is that I received a contract offer for publication from Samhain Publishing just after Thanksgiving for the first book in my series The League of Rogues. You can expect to find your own copy of Book 1 of the series titled Godric sometime in January 2014 if all goes well.

I am simply over the moon with excitement to be joining the Samhain team of authors. I have a fantastic editor who loves the series and characters and I can't wait to see what we'll do with the remaining books. If we're lucky, books 2 and 3 of the series will also come out in 2014! As information becomes available I will be sure to post it on my blog and facebook author page.

In other news, my previous literary agent has left the business and now I'm represented by a fantastic agent, Pam van Hylckama Vlieg from the Larsen Pomada Agency. She's absolutely amazing and has recently negotiated my contract with Samhain (we're merely awaiting final paperwork). I am thrilled to be her client and am so excited to work with her on getting new projects out there!

As the year 2012 comes to a close, I have to sit back and be thankful for everything that I have been blessed with this year. I've made some amazing new writing friends and grown closer to older ones. I've been honing my craft and taking workshops to keep improving and working hard at my day job. Needless to say it's been a busy year but I am proud with the results.

My goals for the coming year involve putting out my Romantic Suspense novel on submission, sending a Christmas novella to Carina Press for their 2013 Christmas novella collection and crossing my fingers they'll like it, as well as working on the next two books in my League series. It will be a fun year ahead of me with a brave new world of publishing and writing. I can't wait to dive in and get started!


I'd love to hear from my followers. What have you accomplished this past year? What are your goals for the coming year?  Are you working on something new and exciting? Post an excerpt for the rest of us to read!
Posted by Lauren at 3:01 PM 3 comments:

The Next Big Thing!!

A friend tagged me a post to provide some info on my latest WIP. Here goes and I hope you enjoy! 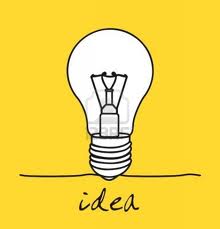 Ten Interview Questions for the Next Big Thing:
Q: What is your working title of your book?
A: The Gilded Cuff

Q: Where did the idea come from for the book?
A: I woke from a dream about a pair of young boys trapped and held kidnapped in a crumbling mansion on Long Island and knew I had to share their story.

Q: Which actors would you choose to play your characters in a movie rendition?
A: Heroine- Sophie Ryder played by Jennifer Lawrence, Hero- Emery Lockwood played by Stephen Amnell.

Q: What is the one-sentence synopsis of your book?
A: Haunted by his childhood kidnapping that stole his twin brother’s life, Emery Lockwood is a tortured man and he can’t resist bargaining with the determined reporter Sophie Ryder who wants to know all his secrets, except it might just end up getting them killed.

Q: Will your book be self-published or represented by an agency?
A: Represented by my awesome and lovely agent Pam from the Larsen Pomada Agency

Q: How long did it take you to write the first draft of your manuscript?
A: LOL- still working on it. Nearly done. Was a little busy getting my first book contract for a regency series underway and am just now getting back to finishing this novel.

Q: Who or what inspired you to write this book?
A: I can’t normally pinpoint who or what inspires my stories. They are usually the result of something I’ve dreamed or some image I’ve seen and can’t get out of my head. I always start with a vision of a scene as the start of my story and go from there.

Q: What else about your book might pique the reader’s interest?
A: I think the Gilded Cuff will attract readers for a few reasons. It’s not your average romantic suspense. The setting is its own character and the story is highly character driven for the hero and heroine.


Feel free to post a thought about my new WIP or about your own WIP. What's your NEXT BIG THING?
Posted by Lauren at 6:08 PM 1 comment:

I'm happy to announce I'm participating in my local RWA's chapter of the 12 Days of Christmas. 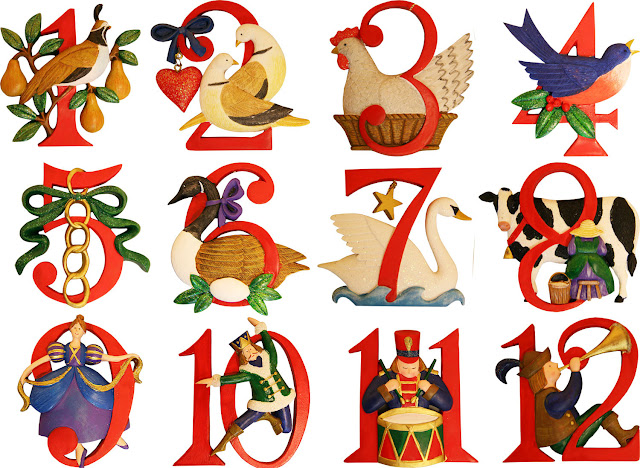 Each day one author from our chapter will be posting a short story. All of the stories take place at the same ball on Christmas Day at Pemberton Hall in England in 1814.


When Nathan, the Duke of Hastings, discovers that his long lost love, Theodosia Swann is attending the ball at Pemberton, he can't believe his luck. After breaking off their love affair ten years before when his father hadn't approved of the match, Nathan has regretted letting his one great love get away.

Now, with snow on the ground, mistletoe hanging above doorways, and Christmas magic in the air, Nathan hopes to find Thia and make her fall in love with him all over again.

Will he find a way to make her forgive him for breaking her heart and will she still love him?  Come by and see! 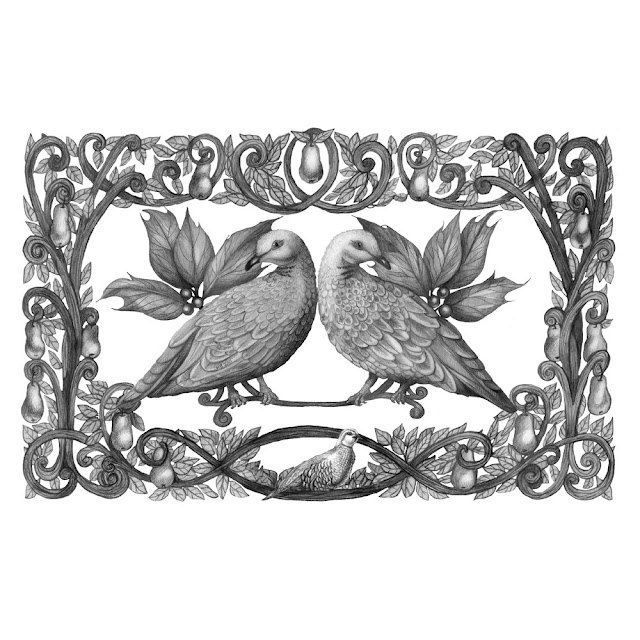 
His mouth dried, and he struggled to swallow past the lump in his throat. His body froze at the sight of her, stiff and taut with indecision. Should he go to her? What would she want? Would she be happy to see him? Perhaps she hated him? Or had she dreamt of him every night, as she lay alone in her bed, as he did her?
Lady Theodosia Swann stood out in the midst of her six younger sisters like a northern star in the winter skies, shimmering, glittering, all alone in the dark expanse of the inky universe. Yet, she was none the weaker for it. She was brighter, more enchanting.
Thia. My Thia.
As tiny as she was—he towered over her by a head and a half—she captured his full attention. He was enraptured by her as he watched her whisper something to one of her sisters. Her amber hair caught the light of the candles nearest her, a beacon shining for him. Her eyes, jade pools frosted with silver, glanced about the room, unaware of the steady heat of his own gaze.
Nathan sucked in a harsh breath as his body stirred to life with a level of arousal he’d thought he’d never feel again. Ten years had wrought great changes in her. In them both. The lithe-bodied girl of nineteen he’d swept across ballrooms in her first season was gone. In her place was a woman infinitely more alluring, with luscious curves his hands itched to shape, and pale pink lips he longed to explore with his own. Were they as soft as he remembered?
She smoothed her hands over her dark green gown and tugged at the puffed sleeves trimmed with lace. Her full breasts were accented by a square cut neckline and a bodice embroidered with holly leaves. When she shifted, he caught a glimpse of the shape of her legs as the silk, drawn up in festoons with more holly leaves, rustled and clung to her. Most men preferred younger women, barely out of their first Season, but Nathan couldn’t think of anything more lovely, more sensual, than a full-grown woman, who had a body worth holding, worth making love to endlessly into the night.
Her gaze swept the room and his gut clenched a second before her eyes hit him with the force of a physical blow. He swallowed hard as he watched as her cheeks turned from pink to ash. The look on her face robbed him of breath. Sadness haunted her, and he hated seeing it, seeing her so wounded. She looked as destroyed on the outside at seeing him, as he was on the inside since the day he’d broken both their hearts.
His heart cried out for her. Things are different now. I’m not the fool I once was, and I’m not under my father’s control.
Thia stared at him for a moment longer, and then turned and moved swiftly away, running from him. He had to speak to her, apologize for everything he’d done to ruin their happiness ten years ago. He prayed he wasn’t too late.


Dying to know what happens next?

One, two, three, Mistletoe and Merry!

I know it's early and yes my post title is a rip off Britney Spears's Song "Three." Read on and you'll discover why! *Tee hee.

But first, I have to announce the winner of the 7 Days of Seduction Giveaway. 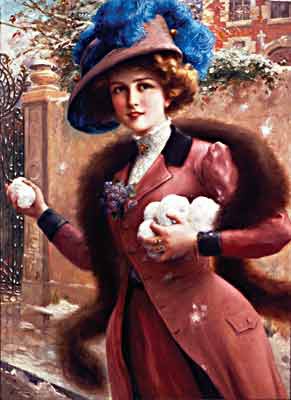 My current WIP, currently titled Silent Night, is about Zoey Blake, a young woman, homeless and living on the streets. When she's attacked by a man and wounded in an alley a week before Christmas, she's rescued by a handsome stranger.

Meet Ian, the Irish vampire and rescuer of all things. He's got a soft spot for sweet damsels in distress and he's saved more than a couple of cats (who now reside in his home).

But let's not forget the third person in this story. Connor, Ian's best friend and fellow Vampire. Connor is the last person to be happy when Ian brings Zoey home. A dark secret from his and Ian's past makes Connor unable to trust himself with Zoey, or to ever love again.

But Christmas is the around the corner and some winter magic may yet work its spell over Ian, Zoey and Connor.


Feel free to drop by and leave a comment about the holidays, post your own excerpt from a current WIP or favorite holiday excerpt or whatever else suits your fancy! It is Christmas after all, or will be soon! But who's counting? *wink.
Posted by Lauren at 2:08 PM 15 comments: