My friend Gina Danna has just released a new book!!

If you love steamy gladiator romances, this is a must have! 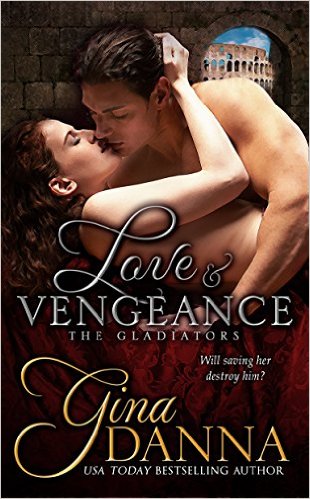 Rome 108 A.D., under the Emperor Trajan, is the center of the civilized world. It is a time of sophistication and decadence, a brutal world to their conquered.
Marcus, a Roman citizen sentenced to die as a gladiator, accused by his wife and brother for a crime he did not commit. Yet death eludes him and he rises to become champion of the sands. The title he does not want. He seeks revenge but his victories in the Colosseum bestow monetary rewards he can use to save a beautiful slave, Gustina, from certain death by the beasts. She gives him a taste of love in a world full of lies, betrayal and murder.
But his overwhelming desire for vengeance, for blood and the kill, brings a higher price tag – can he satisfy the demon inside him and face the truth? A truth that will kill the woman he loves?

Want to get your copy!