Release Day Blitz for Tempest in Disguise by Riley Bancroft 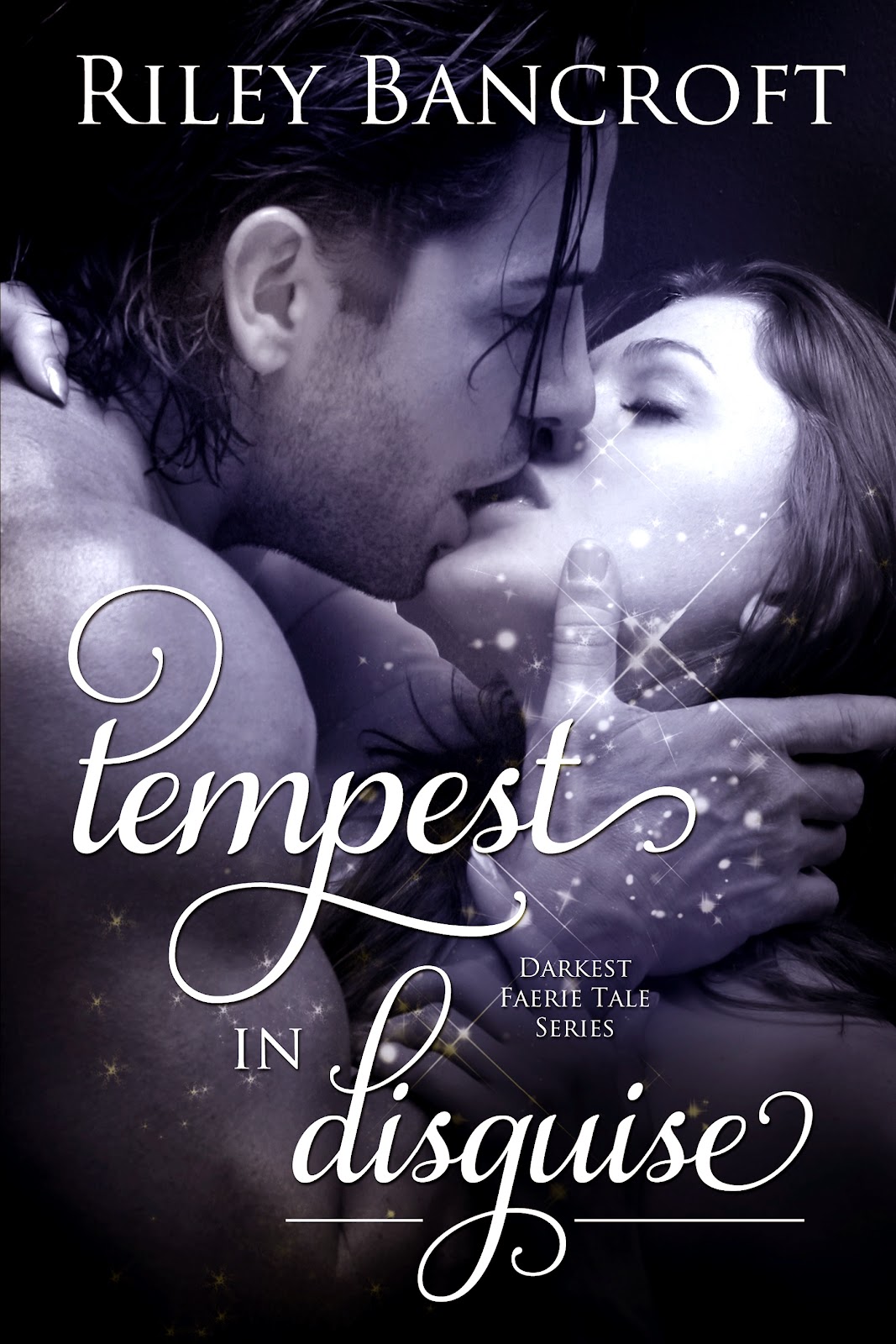 Come join Riley and her guests on November 13th for a Facebook Party to celebrate the release of Tempest In Disguise!

Born the only hybrid between two warring factions, Mya's life is all smoke and mirrors. For twenty four years her true identity has been kept a secret inside the virtuous Seelie Court of the ancient Fae. But that time has come to an end. In one sudden blow, her perception of reality is irrevocably altered and her livelihood is stripped away. A dark and mysterious stranger has set his sights on her to possess, consume and claim her for himself. Mya must keep her wits about her to survive…or surrender to her darkest desires.

As one of the leaders in the infamous Unseelie Court, Cole is determined to seize the powerful and magickal hybrid from the enemy’s court on behalf of his people.  A battle is looming and they’re ready to end the war at any cost, but for Cole it’s personal.  The scar on his face is a daily reminder of the cuts marring his darkened soul and when he goes after the hybrid, a burning need to dominate and master her is far too great. Despite the consequences he faces for touching her, Cole's dark and twisted hunger is unable to resist her allure. He craves her full submission, but in order to do that, he must take everything away from her first.

There are two sides of me. One is good. The other is bad. Sure, everyone has bad and good in them, but my two halves are constantly at war with each other—I’m either extremely virtuous or terribly wicked—there is no in between.

In ancient Gaelic myth, the gods and goddesses were sent to earth, becoming known as the Tuatha Dé, God’s tribe in the form of a supernatural race. For centuries, as immortals, they ruled on the earth above humans. Then the Great Atonement happened. As people of the mound, they were stripped of the Tuatha Dé title and turned into Aos sí. They became nothing more than magickal human beings who happened to live a little longer than normal mortals.

The Aos sí are divided into two sects…Seelie or Unseelie. Dualities of light and dark instilled at birth. Though they lived in a semblance of peace, everything changed right before I was born and the factions turned against one another.

I’m half Seelie and half Unseelie, the only mixed breed ever to exist. My parents went to great lengths to hide my true identity during the wars.

I was supposed to live a normal life, the whole white picket fence and everything, but it’s all changing now. The Unseelies seek to take down the Seelies and restore themselves into power, back to the way things were on the magickal island of Sitnalta, before the Great Atonement. However, the Seelies only want to pursue balance, harmony, in all things.

And me? I’m stuck in the middle, torn between two worlds.

This is not a faerie tale.

More Mya and Cole please!!! I cannot say enough how much I loved this book! It's the debut novel of Author Riley Bancroft and I know I can't wait for more from her!

This is a paranormal romance book full of action, adventure and steamy love scenes. I couldn’t get enough of the heroine Mya and her feistiness and the hero Cole’s seductive brooding. He was a swoonworthy hero and I’m so glad that this is a series because I’m in love with him already!  Mya isn’t just one of those heroines who is “kick butt” without a purpose, you get a sense of her character and her backstory from the first page, so her loveable snarkiness and attitude are endearing rather than grating.

Now I have to warn you, this book is not for the faint of heart. It’s a DARK ROMANCE, in the vein of authors like Anna Zaires and her Twist Me series. So be prepared for edgy erotic scenes, questionable consent and a bad boy with good intentions, doing all the deliciously wrong things. Tempest in Disguise is addictive and a total page turner, but what I think makes me love this book the most is the writing itself. Anyone can write a romance where you enjoy the story and like the characters, but Bancroft’s style is artistic, poetic, not full of purple prose. I savored each sentence and devoured each paragraph, hungrily re-reading my favorite parts way late into the night. Bancroft has set a high standard for anyone else out there writing dark fae books and I can’t wait for the next installment!